Do you ever wish that God would tell you what’s coming next?

Have you wondered, as I have, why God does (or allows) certain things?

Do you ever wonder why He usually doesn’t tell us?

As a parent, I’ve come to realize, perhaps, some of the possible reasons. [1] We’d argue with Him, that’s it’s really not a good idea, and there’s no way we could survive such an ordeal. [2] It doesn’t add up on paper or make sense from a rational point of view (limited by our human understanding, of course). Or [3] We’ve already tried (fill in the blank) in our own strength, and it didn’t work… or we’ve been praying for this certain thing to happen for a long time, and it hasn’t happened yet.

With Thanksgiving and Christmas approaching, I am once again struck by how many unforeseen, uncomfortable, unfair, inconvenient, and downright frightening things transpired in the the lives of Mary and Joseph, called to be the earthly parents of the Christ-child. 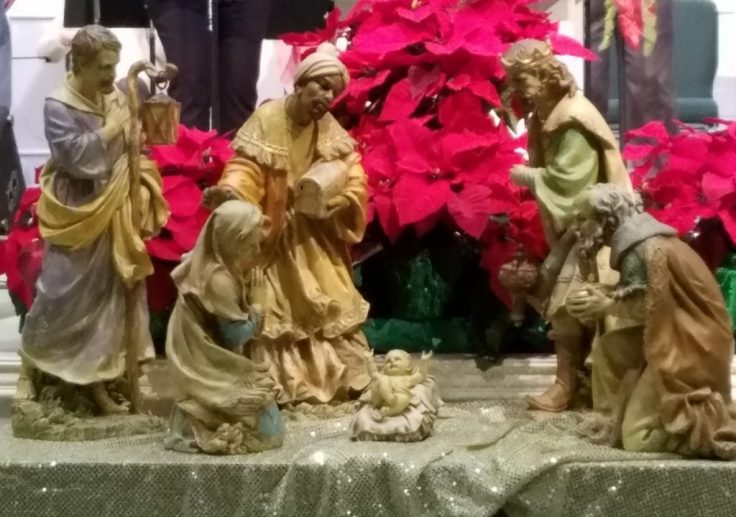 You can read the account from any of the four Gospels (Matthew, Mark, Luke or John), but I’m utilizing Matthew’s account in Chapters 1 and 2 to give you the nutshell version.

As difficult as these events were, they were each part of God’s perfect will and plan, to fulfill prophecies which the Lord had spoken through many prophets, hundreds of years before!

Matthew 1: 22-23: “Now all this was done that it might be fulfilled which was spoken by the Lord through the prophet, saying: “Behold, a virgin shall be with child, and bear a Son, and they shall call His name Immanuel,” which is translated, “God with us.”

Matthew 2:14-15:  So he [Joseph] got up, took the child and His mother during the night, and escaped to Egypt. He stayed there until Herod’s death, so that what was spoken by the Lord through the prophet might be fulfilled: Out of Egypt I called My Son.

Read the other two prophecies that were fulfilled just in these two chapters: Matthew 2: 16-18, and verse 23.

Are you going through difficult circumstances that don’t make any sense?

Joseph and Mary certainly did. How did they survive, and not lose their faith in God or commitment to His plan?  Here’s a few gems that stand out to me in this account:

When they heard from God (through an angel in a dream, usually – but He speaks in different ways), they obeyed instantly and without arguing.

From their responses, and everything the Bible says about their moral and Godly characters, they had to have trusted in God’s goodness and trustworthy, loving and wise nature.

[bctt tweet=”Often difficult times are just what God planned to bless us the most.” username=”becky_wright”]

Here’s what we witness in the midst of this harrowing account of two young people and a tiny baby that would change the world:

…the Providence of God (if only they/ we had GOD’S perspective!)

…the Protection and Preservation of God (many death threats, on the run often, but kept safely)

…the Peace of God (that had to keep their hearts from jumping out of their chest!)

…the Provision by God (when there was no way to get money, food, lodging, shelter, etc.)

…the Power of God (there is NO KING on Earth like King Jesus!)

Just today, November 1st, 2017, I was in the recording studio here in Brentwood, TN. I recorded two songs that tell of the birth of Jesus. One is called “Sweet Baby Jesus”, and I wrote it many years ago for my third grade students to sing for their Christmas program at the school in which I taught. The second song is my all-time favorite carol: “O Holy Night”. What a beautiful and compelling piece of music to convey the life-altering truth that Jesus Christ, the perfect Son of God, condescended Himself to leave the glories and comforts of Heaven and come to earth. (Stay tuned if you’d like to hear or download these songs in a few weeks. Find me at http://www.facebook.com/beckywrightmusic  or  http://www.beckywrightsongs.com  or http://www.twitter.com/becky_wright and subscribe to http://www.inspiringhopeblog.com )

Wrapped in human flesh, He lived on this earth for 33 years, facing every temptation, hardship, and the most extreme suffering that any human being has ever or will ever endure. He willingly offered His life as a sacrifice to pay the debt that would cover the sins and provide forgiveness to all who would trust in and follow Him.

He probably was not born exactly on December 25th. However, Jesus was born. For that, I celebrate. For that, I worship and sing songs, and decorate my house with lights, for He is the Light of the World! His mother Mary, and adoptive father (so to speak), Joseph, endured great hardship to make sure Jesus survived to adulthood. Yet, it was ALL in God’s perfect plan.

Do you belong to Christ? Are you following His plan (in the Bible) for how to live? If so, you can be assured that whatever you’re facing is not outside of His loving and wise plan for your life.

Isaiah 9:6: For unto us a Child is born, unto us a Son is given; and the government shall be upon His shoulder. And His name shall be called Wonderful, Counselor, The Mighty God, The Everlasting Father, The Prince of Peace.

One thought on “Running for Their Lives…and a Baby”